The Case for Popery

In Alexis de Tocqueville’s Democracy in America we find the following observation:

I discover that, in the majority of mental processes, each American has but recourse to the individual effort of his own reason. America is thus one of the countries in the world where the precepts of Descartes are least studied and most widely applied…As for the effect which one man’s intelligence can have upon another’s, it is of necessity much curtailed in a country where its citizens, having become almost like each other, scrutinize each other carefully and, perceiving in not a single person in their midst any signs of undeniable greatness or superiority, constantly return to their own rationality as to the most obvious and immediate source of truth. So, it is not merely trust in any particular individual which is destroyed, but also the predilection to take the word of any man at all. Each man thus retreats into himself from where he claims to judge the world.1

This sort of “intellectual isolationism” is really nothing more than a “rugged individualism” of the mind, and when it becomes the norm for social discourse, the results aren’t pretty. It leads, as I have described elsewhere, to the unprecedented empowerment of ignorance as a social force. This problem—the problem of ignorance as a social force in America—has occupied me for some time, and my suggested remedy is contained in my latest book, The Papist’s Guide to America.

Without spending too much time on the argument of the book itself, I’d like to convey a bit about how I arrived at these conclusions. In order to understand this, I need to talk a bit about my personal history.

I began reading—I mean really reading—at age 21. Not until that time in my life did I come to understand how utterly ignorant I actually was. I discovered I knew almost nothing about anything. All I had been operating with was a collection of unjustified opinions—guesses, really—and underneath these guesses was a whole host of precarious philosophical premises that I took for granted without even knowing it.

In the years that followed, as I devoured a host of Catholic literature, many of these premises were demolished completely. Almost all of my old convictions turned out to be errors, if not downright idiocies. By the time I was finished, one of my few remaining certainties was that any man who, in Tocqueville’s words, “retreats into himself from where he claims to judge the world” is doomed to ignorance for all of his days.

Mind you, I’m not saying that I have since become a world-class economist, historian, and philosopher. I’m only slightly less ignorant than I was when I started, all things considered. What has changed, however, is that now, since I see so clearly my intellectual frailty, I have learned to buttress my understanding by clinging to specific, consciously chosen authorities outside myself. This, I have discovered, is the only way I can hope to defend myself from the implications of my own ignorance.

For example, it is my opinion that widely distributed property is much healthier than the concentrated state of ownership we currently have. But that’s not me—that’s Pope Leo XIII (Rerum Novarum).

It is my opinion that we cannot “do evil that good may come of it.” But that’s not me either—that’s St. Paul (Romans 3:8) and St. John Paul II after him (Veritatis Splendor).

I stand on the shoulders of giants, whether I like it or not. So does everyone else. The problem is that Americans, by and large, have been trained to deny this reality, and to pretend that they each stand “on their own two feet”—that they all “think for themselves.” The result is that they still stand on others’ shoulders, but they just do it unconsciously. They don’t know whose shoulders they are standing on.

A question everyone needs to be asked is: “Do you know whose shoulders you stand on?” Are you standing on a Thomas Aquinas, or an Ayn Rand? A Pope Leo XIII, or a John Locke? A St. Benedict, or a Bill O’Reilly? The difference is everything.

The point is simply that if you have to trust the larger part of your reasoning to others, and undoubtedly you do, then it might be best to decide from the beginning which sources are most trustworthy.

For Catholics, the number one source of wisdom should be a no-brainer: it’s the Church. After all, the Church is the only institution in history which God promised to preserve from error until the end of time. If there is a fortress against which the Gates of Hades will not prevail, it is probably a safe place to get your information.

Now this is where things get hairy:

Although most Catholics will readily claim “faithfulness” to the Church, in practice this tends to look a lot like the Protestant obedience to Scripture. It begins in good intentions and ends in arbitrariness, and the individual just winds up being obedient to himself alone.

The office of the pope—the Chair of Peter—was instituted to prevent precisely this sort of descent into abstraction and arbitrariness. Christ knew humanity, and in his supreme wisdom he left behind, not a book or an abstraction, but an Apostle. An Apostle named Peter. And he left him with instructions and a set of keys. The papacy provides the Church with an actual point of reference—a living, breathing, center of gravity within time and place.

Hence, the conclusion I eventually reached in my own journey, and the remedy for ignorance that I offer in The Papist’s Guide to America, is a return to that much disparaged attitude of docility and obedience that has, especially in early America, been called “papism.”

But I am not arguing for the forced application of something dead and gone. Each age has its own idiosyncrasies, and so our papism will not be the papism of the Middle Ages. It will be different—it will be a new form of papism—a “Neo-Papism.”

Note that I am not talking about a “Neo-Caesarism”—and in fact it my suggestion is itself an effort to circumvent the rise of the new Caesars—the Donald Trump types—whom Oswald Spengler, in his Decline of the West, assured us would appear on the scene once Western Civilization completed its descent.

That is the basic theme of the book: that if I am to choose between Neo-Caesarism and Neo-Papism, then the choice, for me, is very easy. The former means a return to paganism—the latter is a return to … well … to being Catholic. 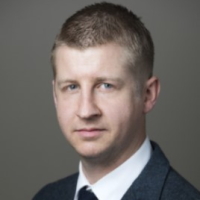 Daniel Schwindt
Daniel Schwindt is editor at Catholic Front. His published works include Catholic Social Teaching: A New Synthesis and There Must Be More Than This: Identity and Spiritual Renewal in the Kingdom of 'Whatever'. His articles have appeared in Ethika Politika and Christian Democracy.