Christendom, Americanism, and Beyond

A Review of From Christendom to Americanism and Beyond by Thomas Storck (Angelico Press, 2015)

Thomas Storck is a well-connected man. Indeed there are very few men who are better connected. I don’t mean that he is well-connected in the sense that the world normally thinks of it. He does not have lots of powerful friends walking and stalking the corridors of power who can make things happen for him. On the contrary, he has so few friends in such places that this timely and important volume will not make the New York Times Bestseller List, nor will the wisdom it contains enlighten the endarkened pages of that powerfully prejudiced journal.

Mr. Storck is well-connected in a much better and more important sense. He knows and makes the connections between those branches of knowledge which have been severed from each other by the modern world’s radical disconnectedness with the wholeness of things.

First and foremost, he connects the lesser sciences of philosophy, history, politics, and economics to the queen of sciences, theology. He knows that to separate theos from logos, God from meaning, is the beginning of the dis-integration of knowledge into disconnected and atomized “disciplines,” each of which is excommunicated from the others.

In philosophy, the humanism of the Renaissance, divorcing itself from the scholasticism that connected Man with his Creator, has led inexorably to the anthropocentrism which is the blight of our self-centred culture. In politics, such humanism has led to the cynical realpolitik of Machiavelli and the justification of Machiavellian self-interest over Christian concepts of social and political justice.

The separation of theos and logos has also led to the divorce of physics from metaphysics, separating what was once known as natural philosophy from all other aspects of the love of wisdom, thereby ensuring the decay of science into scientism.

Mr. Storck connects these radical problems, rooted in the story of man’s divorce from God, to the historical developments that led to the economic, social, political, and cultural problems facing our world today. In doing so, he reminds us of others who have endeavoured to do likewise. We think, perhaps, of the works of Christopher Dawson or R.H. Tawney; or of Chesterton’s The Everlasting Man, written as a charitable response and riposte to H.G. Wells’ superciliously “progressive” Outline of History; or of Hilaire Belloc’s own response to Wells, less charitable but nonetheless effective, in his Companion to Mr. Wells’s Outline of History. Apart from his war of words with Wells, Belloc also wrote panoramic studies of history, such as The Servile State, Survivals and New Arrivals, and The Great Heresies, each of which illustrated that ideas have consequences and, more specifically, that bad ideas have bad consequences.

Like his illustrious forebears, Mr. Storck illustrates that one’s philosophical presuppositions will invariably and inevitably colour one’s understanding of the “outline of history.” He understands the beliefs of the past and why people acted as they did; he sees why things happened as well as when and how they happened. Such a vision of the past contrasts starkly with the “progressive” view of history, so much in the ascendant today, which regards the beliefs of the past as primitive and superstitious and therefore unworthy of serious consideration. This chronological snobbery blinds the secular historian from being able to see or comprehend the ideas that motivated the actions of the past, thereby preventing modernity’s understanding of history from rising above the when and the how. In stark and much needed contrast, Mr. Storck shows that the when and how are determined by the why.

Once again, Mr. Storck emerges as a worthy heir of Hilaire Belloc. “In history we must abandon the defensive,” Belloc had written in 1924, “…We must make our opponents understand not only that they are wrong in their philosophy, nor only ill-informed in their judgement of cause and effect, but out of touch with the past: which is ours.”1

As with Belloc’s mapping, in Survivals and New Arrivalsand The Great Heresies, of the war of ideas that had forged the history of the modern world, Mr. Storck in the present volume illustrates the way in which the historian can emerge as a prophet, teaching us not only about the past but warning us of the abyss that we face in the future if the disastrous path we have been following is not abandoned. Like Belloc, Thomas Storck is not merely an historian but a prophet. He needs to be heard and heeded. 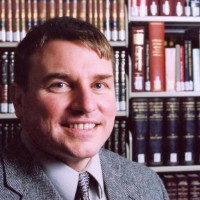 Joseph Pearce
Joseph Pearce is the author of numerous acclaimed biographies of major Catholic literary figures. He is editor-in-chief of Sapientia Press as well as editor of the St. Austin Review, and author of the highly acclaimed Small is Still Beautiful, which successfully exports E.F. Schumacher’s economics to the 21st century.