The Duty of Delight

Marquette University is the repository of Dorothy Day’s papers, including her diaries and letters, as part of the Catholic Worker Collection. This volume consists of selections from her diaries, about half of the total, beginning in March of 1934 and ending a few days before her death on November 29, 1980, with an introduction, annotations and occasional insertions from other sources by the editor, together with a chronology of Dorothy Day’s life for the period covered by the diaries.

A diary is probably never easy to review, but this diary at least is easy and enjoyable to read. I can foresee two kinds of readers, those who know about Dorothy Day’s life from elsewhere, such as her own The Long Loneliness, or one of the biographies, or some book about the Catholic Worker movement, or perhaps a selection of the letters, also edited by Ellsberg and published in 2010 by Marquette. The Duty of Delight will nicely supplement any of these. On the other hand, even readers who know little more than a bare outline of Dorothy Day’s life would find the book fascinating. It is exactly the kind of book that C.S. Lewis recommended “for mealtime reading…. What one wants is a gossipy, formless book which can be opened anywhere.” Even though the diary entries sometimes give only a bare account of what she did that day—”Woke up at 5 a.m. and went to the 6 o’clock Mass, a high Mass sung by the Benedictine Sisters of Perpetual Adoration on Country Club Road in Tucson” (March 22, 1961)—taken as a whole they are endlessly fascinating. Church history, secular history, interesting comments on people, ideas and books, her own character, both straightforward and complex, all these offer more than enough material to interest the reader.

Dorothy Day lived in a time of great change in the Church and in society. As for the Church, she was always a faithful Catholic and attended Mass daily unless prevented by illness, lack of transportation or some other necessity. Indeed, “What a tremendous strength comes from the Mass” she wrote on February 18, 1972. On June 3, 1965, she noted her resolve “to be regular” in going to confession once a month before First Fridays. She pretty much kept her balance in the difficult times of the 60s and 70s, never letting go of basic doctrine and morality, judging what was going on in society accordingly. February 3, 1972, she wrote:

There is an element of the demonic in the air we breathe these days … evil is everywhere in the guise of sex and drugs and words!—”beautiful,” “love,” “the new family,” etc. Much lying and deceit, self-justification—an arrogant taking over, a contempt for the old people, or tradition.

And nearly ten years later on May 30, 1980 she noted, “NY Review of Books pornographic this week. Won’t have it in house again.” Reading Michael Harrington’s Fragments of a Century, she comments, “His analysis of giving up the faith preposterous. Otherwise a good book” (December 3, 1976). This loss by many of their faith weighed heavily on her: “I consider the loss of faith the greatest of disasters—the greatest unhappiness. How can one help grieving over friends and relatives? How necessary to pray without ceasing for them” (May 6, 1965). And when yet another associate left the Church she resolved, “I shall say the Creed and Memorare daily for him on my old knees” (June 5, 1971). Indeed, prayer was a constant theme of her life. On March 18, 1940, she wrote:

I had just prayed so hard at Mass for [Harry Bridges, a union leader who had married irregularly], that this news [Bridges talked to a priest about regularising his marriage] was overwhelming and yet no surprise. Certainly, prayer can accomplish all things. Now to redouble prayers! I will offer the Little Office every day I am here.

And on July 25, 1958, in reaction to difficulties that her daughter and son-in-law were having her response was, “Started rosary novena.”

Decades later, December 20, 1976, she is still seeking God’s assistance: “Trials of every description. I must flee to chapel.”

All this highlights the question of Dorothy Day’s sanctity. Saint Paul addressed all Catholics as saints since by our baptism we have all entered upon that vocation, but sadly most of us do not make it real, do not correspond with most of the graces given to us, and as a result we have come to restrict the term to someone who has allowed those graces, so vividly real to Saint Paul, to transform his life. What of Dorothy Day? Her cause as is generally known is underway, and she is officially styled Servant of God. And this diary entry for February 9, 1976, perhaps more than any other makes clear that she was among those who did correspond with the graces given her, not perfectly surely, but in great measure: “For the last year I have been afflicted with mites, scabies, not noticeable but with small scabs on back of neck and shoulders….” And her response when the prescribed when the prescribed remedies don’t work? It is terrifying in its holiness: “A punishment for little sins of impatience, overmuch talking, sloth, lack of charity, etc., etc.”

Although suffering, prayer and work together largely made up her life as a Catholic, Dorothy Day was not some stern ascetic, nor did she sit in judgment over others. In part because of her own sinful youth, she understood the weaknesses and sins of others. She certainly hated sin but not sinners. Jailed in 1959 for disregarding the New York City compulsory air-raid drill, she was troubled by the sin and immodest dress she saw in the women around her but wrote: “on one occasion in prison, I felt myself assaulted by memories of my own [past] sex life” (p. 258). There follow some reflections on consent to sins of thought, on love, on the counterfeit goods offered by the Devil, on the real difficulties experienced by the young in remaining chaste.

In numerous other ways Dorothy Day’s humanity reveals itself in the diaries. For example, consider the place that music, especially opera, had in her life.

There are references throughout, from the 1930s till shortly before her death: September 22, 1934: “I’m listening to the Symphonic Hour on the radio—Brahms’ 1st Symphony—and enjoying it very much”; January 9, 1965: “Opera—’Don Pasquale’-indifferent”; or this entry from March 1, 1979, with her death coming in less than two years: “Got a radio in time to hear Wagner’s ‘Tristan & Isolde’—what voices”; and two days later: “Opera—’Rigoletto’ this p.m. Slept thru half of it.” As well there are constant comments on books she was reading: spiritual books, classic novels, contemporary authors—C.S. Lewis, Solzhenitsyn, both favourites—many others.

But of course the main point of her life was the Catholic Worker, both the community and the newspaper. Hers was without doubt a remarkable work, akin to the achievements of a religious founder. With the exception of her professed anarchism and pacifism (which I do not think she ever thoroughly thought through), all her activity was living out a vocation in faithfulness to Christ within his Church. There can be no doubt that “she put her money where her mouth is.” She did not merely preach helping the poor; for decades she shared their poverty, putting up with drunks, the insane, the sick, the quarrelsome—all this in the midst of her own sufferings, ill health, the difficulties of her daughter, Tamar, (whose unstable husband eventually left her and their numerous children), and the defection from the faith of many of her associates.

Nevertheless, one senses in reading The Duty of Delight that she found much to enjoy in life. In addition to books and music, she frequently comments on natural beauty. She possessed a certain natural happiness, even amid turmoil and suffering. Thus, on February 6, 1959: “Today is my name day and spent in bed with sore throat cold, rheumatism, but very happy. Finished Of Whales and Men by Dr. R.B. Robertson—a fascinating book”; or on October 8, 1965 while on a trip to Rome: “Aside from hammock bed and weighty covers, I have been most comfortable.” And, December 3, 1972:

Today I am listening to the 4th movement of the Oratorio, a mother’s lament for her dead child. I’m lying on my bed, radio beside me, books, letters to do, having finished one of Dominic’s good lunches. I have appetite, enjoy the beauty of the river which I can see from four of my five windows, which let in plenty of cold but such beauty.

Dorothy Day chose a way of life that most would find difficult, even impossible. Yet she had asked God for this. Ellsberg recounts a prayer made on a trip to Washington in 1932:

On the Feast of the Immaculate Conception she visited the National Shrine and there prayed that “some way would be opened up for me to work for the poor and the oppressed.” And when she returned to her apartment in New York she found Peter Maurin waiting for her (p. xiv).

Perhaps she got more than she bargained for. If so, she strove mightily for the grace to fulfil her vocation. And, I think, thanks to that grace, she succeeded, leading a life remarkable in its fidelity to God, to his Church, to that vocation.

Originally published in The Chesterton Review. 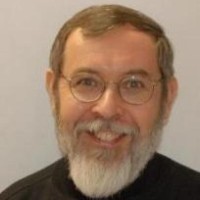