What Flying to Rural Australia Taught Me

Australia is not exactly renowned for its practices of Distributism. With a big landmass and sparse population (to give some perspective, we are talking about a country that is roughly the size of mainland United States, but with about one-fifteenth of the population), it has often been a logistical nightmare. Connections are only possible with large-scale government-funded infrastructural projects. Maintaining a nation of this configuration often requires the running of the large-scale projects that would make some of the founding figures of Distributism turn in their graves. Nevertheless, when such enterprises become too concentrated, as is the case in the largest capital cities on the east coast of Australia—Sydney, Melbourne and Brisbane—what often results is not only uglification and soul-destroying uniformity. The connections that were meant to improve the efficiency of transit have actually given way to gross inefficiencies, manifested in the all too frequent traffic jams or long wait times in congested airports.

The question then arises on whether practices of Distributism can occur when there are signs that the big roads, airports and other infrastructure, though showing their limits, are nonetheless still necessary in a country like Australia. It is here that one realises that, too often, Distributism is seen to be something that to be simply foisted upon an existing system, coupled with a wholesale and sudden overthrow of the prevailing system marked by obscene levels of concentration and scale. In a way, however, Australia at least appears to be a case study of the kind of cultural transformation envisioned by the Regius Professor of Divinity at Oxford University, Graham Ward. In his Cultural Transformation and Religious Practice, Ward alerted his readers that, in the “field of cultural production”—and here we may include the production of practices of Distributism—“has to work with what is possible” (74). In other words, the practice that will transform the cultural status quo must first establish traction within that status quo by having the former carving out a field of credibility within the latter.

A way to demonstrate this zone of ambiguity that comes with the territory of distributist practice in Australia can be demonstrated by a recent trip I had to make. In June, I was asked to give an address to the priests and principals of the Catholic Diocese of Armidale. This is a stunningly picturesque rural Australian diocese about the size of Portugal, and has (at least on paper) about 20,000 Catholics. By no stretch of the imagination is this the dusty outback fantasized by non-Australian audiences, but it is about as far from the big smoke as one can get.

Getting to the country from the largest city in Australia—Sydney—poses several logistical challenges. Not being a good traveller over long distances meant that I had to fly, and for the first time fly a little airline called Rex or Regional Express. On the one hand, Rex is the product of the logic of concentration and scale, being the product of a merger of two smaller regional airlines in order to acquire the economies necessary to connect the city with the country. Furthermore, getting to the airline required going through the often-congested Sydney airport, with security checks, check-in lanes and planes waiting for empty bays for embarkation, cancellations and irate customers. Further still, getting to the airport was a two-hour journey.

Once you clear the metropolitan gauntlet of trains, crowds, x-ray machines and explosive checks and are on the transit bus to your plane, a very different world emerges that would warm the heart of any distributist. Rex is the first airline I have encountered where the plane’s captain greets every passenger at the runway at the start and end of each trip. Each plane holds about thirty-to-forty passengers and boarding is such a quick process that the time for boarding is often up to thirty percent shorter than the major airlines. Rather than trudge through the runways of major airlines, that often experience the aviational version of the traffic jam, the relatively tiny twin-engine planes of the regional airlines have a smaller runway that our plane gets to and takes off from in a matter of minutes after closing the main hatch.

After the flight of about fifty minutes, our plane arrives at Armidale Regional Airport, which at its maximum processes about 150,000 passengers per year, a drop in the ocean compared with the ten-odd millions processed by capital city airports. Passengers get off and are farewelled by the captain. Furthermore, instead of the two-hour transit time in Sydney, I was at my accommodation in the centre of the town of Armidale within fifteen minutes of touching down.

This otherwise dull logistical account brought several things home for me. On the one hand, it gave a very visceral demonstration of Fritz Schumacher’s mantra of “Small is Beautiful”. That logic still rings true, even in the heavy-industrial game of commercial aviation. On the other, the fact that such a beautiful set of logistics had to come to grips with the commercial pressures towards concentration and scale highlighted another point in Cultural Transformation and Religious Practice. Because of the need to work within the logic of the status quo in order to be viable as an alternative, Ward also warned any revolutionary project that it “must constantly reflect upon its instability”. Every distributist project in Australia, because of its operating against a gargantuan logistical backdrop, risks disappearing into irrelevance precisely at the moment when it has to establish its virtues. After experiencing that little aviational marvel and enjoying the hospitality of the country, I still had to return to my job in the big smoke. I still had to fly back into the congestion, the noise and indeed, the inefficiencies of a clogged Sydney transit network, and the joys of that little logistical gem very quickly became a memory, disappearing into the din of trains and traffic jams. 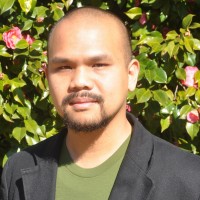 Dr. Matthew Tan
Dr. Matthew Tan is the Felice & Margredel Zaccari Lecturer in Theology and Philosophy at Campion College Australia, Australia's first liberal arts college. He is also a sessional lecturer in Theology at the John Paul II Institute for Marriage and Family in Melbourne and the University of Notre Dame Australia. He is the author of Redeeming Flesh: The Way of the Cross with Zombie Jesus and Justice, Unity, and the Hidden Christ, both published by Wipf & Stock. He also blogs at The Divine Wedgie.