How should one read Heinrich Pesch, a Jesuit priest and economist, who died in 1926? Rupert Ederer, an economics professor, translated parts of Pesch’s work and titled the composition Heinrich Pesch on Solidarist Economics, Excerpts from the Lehrbuch der Nationalokonomie. He chose to begin with an understanding of man. Man has unchangeable dominion and is a rational creature and these are the two foundations upon which his economic thought rests.

A short book as this hits the important features of many economic theories. As such, Pesch includes thoughts on the state through the context of man’s nature. Given the family is the cell of society; it is not the entire body and will not fulfill man by itself. With that, the state also has boundaries in that it does not create natural rights but is meant to protect them. If natural law is not respected and given it proper place, Pesch does not offer very hopeful advice. He says society will fail. The purpose of the state is not anarchy or socialism. The state exists for man’s betterment. This can take different forms in different cultures and historical places. In a sense the best state is the appropriate state. Pesch then gives his thoughts on what a state like this would look like. For example, the state’s responsibility is not to hand out happiness to each person. That lies outside the boundaries of its competence, although it is bound to the common good so that each person can accomplish their individual goals.

The state is concerned with the public welfare of its citizens and Pesch mentions seven thoughts on its protection and assistance. These include proper protection, interaction with the community, public welfare as common to all, force and law of the state, occupational groups, economic and civil liberty, and finally, how individuals and the state ought to act in midst of each other and other organizations.

Solidarism, as Pesch intends, is the understanding that man is an individual person and a member of the community. Economic theories need to recognize this starting point. For Pesch, man is not solely an individual and not only a cog in a machine; he is the composite or an integration of the two. Solidarism is not just some squeamish social justice rant, but rather recognition that man functions in society. It is not some nice idea, but rather a sound economic principle. For example, if man seeks to increase his wealth he will need to know what his neighbor needs or wants and cannot simply produce whatever fancies his emotions (economic individualism), or be forced by central planning to provide goods and services. Instead, the human person freely provides the goods and services his neighbor demands or both will fall short of healthy economic activity.

Whereas solidarity is a virtue, solidarism is a social system of human work. It is the bond of unity found in the separate groups in society: human race, family, citizen, and colleague. He calls solidarism “organic” in that it is not some licentious individual on an island but is a moral agent using his own free will. In solidarism, man lives in “reciprocal dependence,” “co-responsibility,” “corporate alliance,” and in “solidarity as a charitable principle.” Collectivist socialism fail as does individualistic capitalism. It is only solidarism that provides the answer to the market. Collective socialism cannot read the minds and hearts of the human person to know what he needs and wants produced. Individualistic capitalism is isolated and cut off from neighbor and results in the same fate as collectivist socialism.

The meat of the book is found in the chapter entitled “The Solidaristic System of Human Work,” in which Pesch describes what a solidarist economy would look like. Pesch recognizes the value of man’s role in production and distribution, and that the human person is not likely to serve a few lords (or one lord). He criticizes the lack of unity in individualistic capitalism’s sole pursuit of profit. Collectivist socialism takes away man’s freedom by limiting his organization to one body (the government) and its failure to distribute income fairly.

So what are solidarist followers to accept? Pesch says that “All such ideas, to the extent that they are sound, basically acceptable, and well-founded, become a part of the solidaristic system.” This means not basing the system solely on the individual or on society, but on both and on these five ideas: a) man is not isolated, b) the restoration of the family—which Pesch says was fragmented by self-centered (individualistic) capitalism, c) the acknowledgment that the state exists for everyone, not only those with power and/or money and operates in a subsidiary capacity, d) the introduction of a social perspective of private property and an understanding that the ownership of private property is different from its use, and e) freedom must be compatible with the common good.

Although Pesch is obviously against individualism as such, he objects to the state that attempts to provide for everything people want, rather only those things that follow in the principle of subsidiarity. In a sense, the use of the state is, like the just war theory, only used as a means of last resort. Pesch’s prescription is not absolute private property for persons or collectivism of means of production. His answer is “socialization of people,” desiring cooperation rather than antagonism as the basis for human activity in the market, producing goods and services that serve the good of neighbor.

The remaining chapters deal with occupational organizations, equivalence and just price, just wage, interest and usury. He calls for occupational organizations within the same occupation (manager/worker) and within the same function (worker/worker, management/management). For equivalence and just pricing, his basic tenet is quality product for a fair price. The just wage must also be determined for the workingman. This means that if society is not willing to pay a man a living wage for his labor then society probably has no demand for the fruits of his labor and he places the principle actor for determining this wage as which is in “accord with the common good of society.” Regarding interest and usury, this chapter is the most written and best thought-out reasoning on usury I have found in modern literature. Also of importance are the many sources Pesch uses in the number of footnotes he provides.

Overall this work is eye-opening. There is no conflict between the Church’s moral and social justice teachings. Pesch proposes that sound moral principles make great economic practice. It also gives great comfort to that “All such ideas, to the extent that they are sound, basically acceptable, and well-founded, become a part of the solidaristic system.” 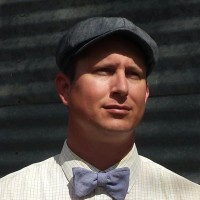 Jared Q. Tomanek
Jared lives in Texas with his wife Denise, a Southern Belle from Trinidad and Tobago, and his three children. He holds two graduate degrees from Our Lady of the Lake University in San Antonio, an MBA and Master of Science in Organizational Leadership, and a Bachelor of Arts degree from Franciscan University of Steubenville. Having taught for five years in Catholic education, he now works in the construction industry in Victoria, TX. He is a parishioner of Holy Family of Joseph, Mary, and Jesus Parish in the Diocese of Victoria.

I didn’t have any expectations regarding that title, but the more I was astonished.
The author did a fantastic job.

Please excuse me. I should have used your professional title. Mea culpa.

I know the feeling. I read an article yesterday regarding the “Great Books” and felt the same as you. I grew up wanting only Cliff Notes and now by God’s grace and the internet, I have been consuming good books. I think Chesterton may have something to do with it, “Orthodoxy” had me doing cartwheels in my seminar class for my degree.

Thanks for so eloquent and comprehensive a summation – I haven’t read Pesch, and will look forward to remedying the omission. But Oh how much else also still to be read, and who knows how much time to get through it all, make sense of the aggregate and hopefully act upon it.

SUGGESTIONS FOR READING: VOLUME TWENTY THREE. « THE LORD OF THE WORLD Reply

[…] HEINRICH PESCH ON SOLIDARIST ECONOMICS: Jared Q. Tomanek, The Distributist Review. The purpose of the state is not anarchy or socialism. […]

Darren, I haven’t read Chesterton’s book on usury yet. Most of the research I had done was with essay type entries. It hasn’t been til recently that I was aware of Chesterton’s book; I will have to remedy this problem.

Though I haven’t read any of Pesch’s works, yet, or G.K. Chesterton’s “Utopia of Usurers”, you mention that Pesch’s book is the best one that you have read concerning usury. Have you read Chesterton’s book? And if so, would you point out why Pesch’s book was better for you?

Bill, it would be much easier to understand if that were true. Unfortunately, many may keep these hidden in the shadows.

Would that all scholars began their writings with a precis of their anthropological views.