Since 1776, economics has been under the shadow of Adam Smith, known to most as the “father of economics”. However, Mueller’s book, Redeeming Economics: Rediscovering the Missing Element makes it clear that Smith had very little claim to founding anything. Most economic historians, if they are honest, recognize that the roots of economics go back into the Greek world and rise to renewed heights with Thomas Aquinas and the Scholastics who treated economics in their consideration of the daily lives of men. Mueller’s genius lies in taking things a step further. He recognizes that Aquinas held the full and complete picture of economics in his thought. All who came after tossed aside or rediscovered bits and pieces of what Aquinas and his disciples knew centuries before Smith, but none could claim this complete picture.

Redeeming Economics begins the process of correcting this failure. While the book is written to explain what Mueller describes as Neoscholastic Economics to the lay audience, his explanations and copious footnotes (which contain almost all the math in the book) provide plenty for serious scholars to delve into. As the subtitle suggests, Mueller’s thesis is that all schools of modern economics are missing at least part of this full picture as conceived by Aquinas through his synthesis of Aristotle and Augustine with his own thought. As Mueller notes on the first page of his book, “[t]he first revolution in economics had occurred five centuries before Adam Smith, when Thomas Aquinas offered a comprehensive view of human economic actions. All such actions fall into four categories: Humans produce, exchange, distribute and consume goods.”

Adam Smith, in his revolution in economic thought simply eliminated the scholastic categories of consumption and final distribution. At the end of the 19th Century, a third revolution, the so-called Marginalist Revolution, occurred with the rediscovery of Aquinas’ theory of consumption (utility). Through a thorough, and fair, examination of the various economic schools (including Keynesian, Chicago, Austrian, distributist, Georgist, and Marxist) Mueller explains where these schools have all failed to recover from Smith’s original mistake and regain a handle on final distribution. As a consequence, economics currently fails when trying to discuss such topics as love and the role of gift (as well as its opposite—crime, as Mueller notes) in human interaction.

As a contrast, Mueller presents a view that is, as one would expect coming from Aquinas, both Catholic and descriptive of reality as we know it. In addition to laying out his proposed return to Aquinas’ four-fold economics, Redeeming Economics presents both real-world examples of how Neoscholastic Economics predicts far better than any other theory (at all levels of scale) as well as policy proposals to address problems such as social security, unemployment, and our present economic doldrums.

Mueller’s book is of outstanding merit and value. In these four hundred pages, he lays the groundwork which can be picked up by men of goodwill and used to bring about a just society. For the first time since Aquinas, we can see before us the full picture of an economics, not just as if people mattered, but that the full nature of the human person mattered. It is an impressive accomplishment.

For distributists and those who align themselves with them, this book holds even more promise. Chesterton and Belloc, as well as distributists since, have been hampered by missing one or more pieces of the economic puzzle known to Aquinas. Now, by building on the firm foundation of Neoscholastic Economics, I would hope that distributists will be able to present a coherent and sophisticated defense of Catholic Social Teaching that is robust enough to withstand both comparisons with our observed world and the criticism of other scholars. 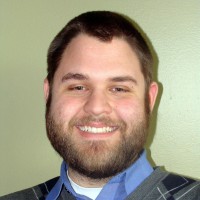 Brian Douglass
Brian Douglass lives in Tower Grove South, St. Louis where he attends St. Francis de Sales Oratory and serves as a program coordinator for a non-profit dedicated to rebuilding homes and allowing home owners to stay in them as long as possible. He is currently preparing for marriage and is also slowly amassing an empire of container gardens and solving the economic problems of the world on the side.

Kathy,
The two paras following the link are a comment (not by me) and the rest is written by me.

I went to that website you posted the quote from Gian and wooo boy. That is some pile one. I really am quite shocked any time I read that kind of stuff from people who self identify as devout Catholic. Do they hate the Catholic Worker societies too because they consider them socialist and communist like they do the President (who from what I have seen has been very good to bankers and capitalists–perhaps not the capitalist he is running against) I backed away slowly so as not to rile the bears. I am more interested in Distributist solutions to our current state of affairs –more in line of Schumacher than Rand thankyou very much. Anyway I was very taken by what you quoted and have to ask if you wrote it because it does not seem like anything that would have been posted by the blog’s owner.

Interesting. One thing the distributionists can do is to strike at the notion of anonymous property that
characterizes the late-state capitalism. I think a Pope has said that the anonymous and fragmented property
is not what the Church has in mind when it defends private property.

The anonymous property or ownership does not promote stewardship which is the key feature of the old-style ownership.
So we see the large corporations,managed by the hired managers and effectively owner-less and thus poor stewards of this
common Earth.

A comment read at http://www.whatswrongwiththeworld.net
“I have read about a person establishing a limited partnership LP1, have that entity create a holding company HC1 limited liability corp, which created a second holding company HC2 limited liability corp, which borrowed $50 mil to buy a piece of property, and then split various term interests from other remainder interests, place part of the remainder interest with still a third LLC, and make gifts of conceptual slices of each interest – all for the sake of being able to manipulate the gift tax treatment of the situation (with no real basis in the claim of gifts). The multiple entities and partial slices of property interests were all designed to obscure reality.”

“Does the world REALLY need financial instruments more complex than a simple stock, or a simple purchase of a commodity future, or a life insurance contract? Piling complexity on top of complexity is for con-artists. Honest people who don’t want to gyp their neighbor out of the true value of the assets they are selling don’t need to resort to really complex ways of structuring ownership of property. The fact that someone can imagine an obscure way to slice up ownership of the property doesn’t mean the government has to give support to that obscurity, does it?”
And also consider the net weaved at Bain.
Are these patterns of ownership serving common good?

We must insist that the commercial transactions are NOT exempt from the commandment to Love Thy Neighbor. That an enterprise must intend at
common good and its value is NOT measured by shareholder profit merely.

We must insist that the economics must always keep the political context in mind. Otherwise they generate a lot of paradoxes and puzzles
to amuse themselves and misinform the lay people.

That armed with distributionism we have the proper vocabulary to handle cases as
1) Politicians ganging up with Public union bosses to create unsustainable pension commitments that can NOT be reneged since it is a CONTRACT.
NO, we say. A contract that does not further Common Good and that flagrantly so is invalid.
2) A Speaker gets 1.6 million dollar contract with a quasi-public entity to talk one hour a month.
Again, is this a contract tending to public good or a conspiracy against it?
Yet many conservatives defend it saying that it was a CONTRACT and the Speaker had every right to earn money

[…] Redeeming Economics. Mueller explains where these schools have all failed to recover from Smith’s original mistake and regain a handle on final distribution. As a consequence, economics currently fails when trying to discuss such topics as love and the role of gift (as well as its opposite—crime, as Mueller notes) in human interaction. […]

Just purchased this book at Brian’s recommendation. Looking forward to finishing it soon!