As past articles in the Distributist Review have shown, such as this one from Jason Streit, there is a significant interest in Distributism from the Orthodox world. There are good reasons why this should be so. Orthodox believers of the 20th century have faced as few others have the horrors of militantly-atheist governments driven by consolidating collectivist ideals. And they currently face anxieties of a far more banal sort—of the slow, creeping erosion and liquidation of their traditions and livelihoods, and the more insidious degradation of the ascetic ideal of Orthodoxy, under the influences of capitalism, consumerism and bourgeois materialist expectations. Eastern Orthodox believers have very good reason, in the main, to desire another option—one which corresponds more readily to the teachings of the Fathers and the mind of the Church. The problem is that for many Orthodox people, Distributism bears a Western, Latin stamp which renders it instantly suspect.

This need not be the case. Mr Streit has already admirably outlined the bold contours of Orthodox social thought in its own native light, pointing specifically to the social justice homilies of Saint Basil the Great and to the excellent Basis of the Social Concept document published by the Sacred Bishops’ Council of the Moscow Patriarchate. But digging a little deeper, there is a definite current in Orthodox social thinking—particularly that of Russia—which ought to hold interest for distributists of both West and East. I am referring to the current of Slavophilism (slavyanofil’stvo)—particularly as it presents itself in the works of Alexis Khomyakov, John Kireevsky, George Samarin, Theodore Tyutchev and the brothers Constantine and John Aksakov.

The Slavophils took their primary inspiration not from Saint Basil or from the Cappadocian Fathers, but instead from a mixture of German romanticism (especially that of Schelling and Herder) and the ascetical teachings of the Philokalia—and such Church Fathers as John Climacus, Theodore Studites and Isaac of Nineveh. They began to turn their attention to the contemporary problems of Russia after the failed Decembrist Revolt of 1825. In particular, their work was an answer to the gauntlet thrown down by Peter Chaadaev with his Philosophical Letters—the outline of which was that Russia had nothing unique to offer to world culture, but was instead doomed to play a passive role. The Slavophils, who supported the Patristic renaissance which had been inaugurated by the monks of the Optina Monastery and Metropolitan Saint Philaret of Moscow, took a strongly-felt objection to Chaadaev’s thesis.

It is important to remember that these Slavophils were minor members of the gentry, and generally represented the ‘small’ landowner class (though, as sociologists from the Slavophils’ contemporary August von Haxthausen on have pointed out about Russia, ‘small’ is very much a relative term). They stood between a French- and German-speaking, Westernised, absentee-landlord ‘high society’ on the one hand, and a vast, devotedly-Orthodox, Russian-speaking class of unfree or semi-free serfs and peasants on the other. And between the two, they refused to view the serfs and peasants as lacking in value for all their lack of Western education and manners. They found, within the normal everyday workings of Russian peasant society, lived in the communal farming village (obshchina, or mir), the practical outworkings of the deep religious principles they were helping the Optina monks to propagate. And they began to synthesise these religious principles into a cultural and philosophical doctrine.

It was Alexis Khomyakov who began speaking first of sobornost’ as the active principle of the obshchina, a Russian term which translates roughly as ‘catholicity’ or ‘conciliarity’. The people of the peasant commune were as one large family, and they survived even with what little they had based on their mutual love for each other, and the willing surrender of their personal autonomy for the sake of those they cared about. This mutual, familial love, this willing surrender of individual will in cooperation with the beloved whole, was—as Khomyakov saw it—both the basis for Russian society and religion, as well as that for a deeper knowledge of the human condition. In the principle of sobornost’ there is reflected a communitarianism of love.

Khomyakov’s essays, philosophical fragments and theological scribblings placed him immediately at odds with two formidable tendencies within his own class and within that of his superiors. The Tsarist state, first of all, did not take at all kindly to this subversive notion that the peasantry had a collectively-independent way of life that did not rely firstly upon the firm autocratic guidance of the state. On the other hand, many of the French- and German-speaking nobility—even and especially those opposed to the Tsar—were adamant that in order to survive and to catch up to the West, Western industry, Western technology, and Western ideology were needed. (Among these Westernisers, proponents of capitalism and socialism were both represented: with Boris Chicherin on the ‘right’, and Vissarion Belinsky and Aleksandr Herzen on the ‘left’.)

Despite their religious orientation, the Slavophils tended towards the ‘left’ in any event, as both Khomyakov and those who followed him—particularly John Aksakov—made clear. On philosophical grounds, firstly, their emphasis on the cooperative, communal peasant life rendered them hostile to expressions of urban-bourgeois individualism and market ideology, which they correctly viewed as crass and exploitative. On more practical questions, they sided stoutly with the ‘left’-Westernisers on the need to emancipate Russia’s serfs and provide them with their own land—an effort in which both George Samarin and Metropolitan Saint Philaret played crucial roles. But the Slavophils stopped well short of advocating the socialist policies preferred by Belinsky and Herzen—which they saw as a foreign Western import ill-suited to Russia’s social and class makeup, and as an artificial, top-down effort to constrain the egoistic and individualistic passions of capitalism.

Slavophilism was, as the later French-Ukrainian religious philosopher Nicolas Berdyaev took pains to point out, a notoriously amorphous form of political, religious and cultural thought. On the one hand, they were autocratic monarchists and staunch defenders of Tsarist institutions, but for the (from the Tsarists’ point-of-view) perverse reason that they kept the peasantry pure and unsullied by power politics. On the other hand, they advocated for a number of reforms that were then considered radical: not only the emancipation of serfs but their economic empowerment through the protection and support of the obshchina, and their education, particularly in religion and literature. Berdyaev traced the influence of the Slavophils out in a number of different directions—toward the reactionary autocracy of Gogol, Pogodin and Leont’ev; toward the theocratic liberalism of Vladimir Solovyov; toward the ‘back-to-the-land’ populist conservatism of Dostoevsky and Pobedonostsev; they even had a marked influence on the later radical populists such as Mikhailovsky and Morozov.

But the Slavophil influence was felt well beyond Russia’s borders. The agrarian populist movements outside Russia, particularly during the opening decades of the 20th century, never had the violently atheistic or revolutionary character that Russia’s narodniki did. Romania’s Constantin Stere, who would later become influential on peasant-politicians such as Ion Mihalache and agrarian economists such as Virgil Madgearu, spent much of his time in Russia and was deeply influenced by Slavophil thinking. His adaptation of Slavophil thought for Romanian purposes resulted in the non-revolutionary, left-populist, Eastern Orthodox political tendency of Poporanism – and the economic side of this political tendency bears a remarkable resemblance to Distributism.

Even closer to home, one latter-day political writer who felt he owed an intellectual debt to the Slavophils, Alexander Solzhenitsyn, had a distinct preference for distributist solutions. Solzhenitsyn’s Letter to the Soviet Leaders is a sterling example of both of these tendencies: his purpose in writing this Letter was primarily the Soviets to task for their reckless and rampant industrialisation of the Russian countryside at the expense of the small town, the village, the rural family and the natural environment. But he makes a brief aside into a more direct political critique of the Soviets when he laments that the namesake of the USSR, the village soviet, has been robbed of much of the authority which it had been promised from the start – and that Russian society might be healthier if the localist decision-making which the soviets promised had been implemented.

In short, there are a number of points-of-contact—and by no means all in the distant Patristic past (though certainly there, too!)—which Eastern Orthodox believers sympathetic to the ideals of Distributism can build upon, to make a case for an eastward-looking version of the local, human-scaled, cooperative economy. The Slavophils of Russia, and some of their populist political and economic students, may be worth a very careful look. 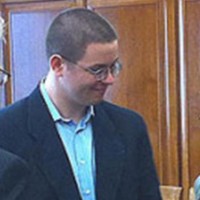 Matthew Franklin Cooper
Matthew Cooper of Saint Paul, Minnesota, is a data analyst and institutional researcher with a background in middle-school English education and development economics. He has particular interests in appropriate technologies, heterodox and third-way cooperative theories. Sometimes he writes under the pseudonym Tom Peaceworth.

Great article! I’ve wondered at the absence of Russian thought from distributist conversation: particularly Chaadayev, Solovyov, and Bulgakov. Have you encountered the work of Artur Mrowczynski-Van Allen? His book “Between the Icon and the Idol” seems to be a marvelous exposition of what 19th century Russian Christian thought has to offer the Church today. Looking at your article, Mrowczynski’s book would be right up your alley, if y0u haven’t encountered it already.

The one I generally recommend is On Spiritual Unity, an anthology of short writings from Alexis Khomyakov and John Kireevsky. Fair warning: some of Khomyakov’s writings tend to be fairly polemical, and unfortunately as they were written in the run up to and during the Crimean War, he tends to have a fairly pronounced anti-Catholic (specifically anti-French) bias.

Another one is the Poems and Political Letters of Theodore Tyutchev, who was also in thick with the early Slavophils, and was heavily influenced by Khomyakov and Kireevsky.

Hope these are helpful! There’s also a lot of really useful secondary-source material on the Slavophils if you’re interested; I recommend Nicolas Berdyaev’s books (really, any of them; the influence from the Slavophils is practically inescapable), as well as the more recent monographs by Susanna Rabow-Edling and Peter Christoff, who present two somewhat-opposing views of the early Slavophils, but each with its own insights.

Have any of the Slavophils works been translated into English? If so, which of their works would you recommend?