If American public colleges ever became tuition-free, it is clear that they would soon be looked down on by the elites who have no need of such assistance. This attitude would eventually permeate society through the meme generating services of the media, and a public college education would come to be viewed as inferior to private schools. It would become like shopping for clothes at JCPenney rather than Saks Fifth Avenue.

This wouldn’t have anything to do with the actual worth of the education offered at the public colleges, of course. But the best argument that some people have is that others seem naturally imitative of the rich and powerful. They want to gain a sense of association with their societal betters, to feel a part of them. They want to do the same things as the elite if they can, like paying twice as much for a pair of pants.

But that is not the only unintended consequence that would emerge from making public colleges and universities tuition free.

Anyone who has spent a significant portion of his career working in government, on any level, knows that the primary goal of a government agency is to acquire as large a slice of the government’s budget as it can. While the government could be expected to put up resistance, the upward pressure of the price of tuition would be intensified by what college administrators would view as a new reservoir of office decorating possibilities.

None of this is to say that tuition-free public college is a bad idea. The American system of higher education is currently organized along the most absurd lines possible. Students are charged a fortune to attend college, and are consequently left with a crushing debt after graduation. We can do better, and we should.

To do that we first need to decide precisely what we mean by “education.” Nowadays people—Americans, anyway—tend to think of higher education as the means by which students prepare themselves for the job market. This is a quite practical approach, notwithstanding the scorn that might be heaped upon it by those who do not anticipate feeding, clothing, and housing themselves to present any sort of challenge to their lives.

But there is another practical concern that must be taken account of in a republic like the United States (I will not here address the plutocracy problem that has emerged from the direct and indirect campaign financing system). It was once widely recognized that free people require a liberal arts education. This is hard to deny, given that we are in a position to see evidence of how a general inability to both reason and express one’s self clearly adversely impacts the ability of citizens to participate meaningfully in self-governance.

In the United States, everyone is supposed to be a free person. But undisciplined thinking combined with uncultivated communication skills renders that status ineffective. People reduced to such a state are easy targets of propaganda with low levels of factual content, and are likely to view the political, social, and economic system presented to them as a kind of universal given.

There are only two ways to counteract a social problem of this magnitude. The first has been tried often: censorship of political speech. If men were angels, this is a remedy that could work, since we could rely on the censors to filter out only the inaccurate information. But men are not angels, and so censorship has historically been used to protect power from truth. The result has been that political censorship has always reduced freedom rather than enhanced it.

The other way is to ensure that every citizen who is able receives the liberal education necessary to effectively conduct himself as a free person. This will require that receiving such an education becomes a duty instead of a luxury. But if it is a duty, it should not be something that a student is required to pay for. If we are to require it of the poor as well as the rich, allowing the cost to be an obstruction would be tyranny.

It may seem counterintuitive to impose an additional requirement on people as a way of enhancing freedom, but freedom is not the sort of thing that can be truly enjoyed without the necessary preparation. A freedom that is recognized in those who are not in a position to grasp what government or corporate power is doing for or to them is a parchment freedom only, one that is merely formal rather than substantial.

But is this the sort of cost that ought to be borne by the community? It is already recognized that education on some level is a community concern, and everyone receiving the education necessary to intelligently interact with a republican government is precisely that. It is in the interest of all that each voter makes his selection based on informed reason. Clearly, that doesn’t mean that everyone will vote the same, but it does open up the possibility of meaningful dialogue between citizens who find themselves in disagreement, as opposed to the present circumstances where political affiliations have taken on tribal characteristics.

There remain the problems mentioned before: snobbery, and the decorated administrative office.

The first problem is taken care of by the requirement being both universal and free of charge. Where everyone is on a level, no one can look down at anyone, and here is a good reason to make the kind of education I am talking about free of charge even to those who can afford to pay their own way.

The second problem is more complicated, and its remedy requires a rethinking of the manner in which education is delivered in the United States.

Times have changed. What we see now is nothing less than the usurpation of faculty authority by administrative personnel. This takeover began in the late 1970s, and the result has been an expansion of the number of full-time administrators, reductions in the number of full-time faculty, and reduced faculty influence in university affairs.2 Carmine Gibaldi, professor of administration and economics at St. John’s University observes that administrative control has turned American higher education into a “’knowledge factory’, offering sophisticated and expensive vocational training.”

This expansion of administrative personnel has had an adverse impact on college costs. As Benjamin Ginsberg put it in the Washington Monthly,

Apparently, as colleges and universities have had more money to spend, they have not chosen to spend it on expanding their instructional resources—that is, on paying faculty. They have chosen, instead, to enhance their administrative and staff resources. A comprehensive study published by the Delta Cost Project in 2010 reported that between 1998 and 2008, America’s private colleges increased spending on instruction by 22 percent while increasing spending on administration and staff support by 36 percent. Parents who wonder why college tuition is so high and why it increases so much each year may be less than pleased to learn that their sons and daughters will have an opportunity to interact with more administrators and staffers— but not more professors.3

Administrators used to be drawn from the faculty, who viewed it as temporary and part-time work. “Whatever their individual faults and gifts, faculty administrators seldom had to be reminded that the purpose of a university was the promotion of education and research, and their own short-term managerial endeavors tended not to distract them from their long-term academic commitments.” It is past time to return to that model.

Vocational education certainly has its place, and the benefit to the community from such training provides an argument for abolishing the tuition requirement for that sort of education. Here, businesses that reap the results of such training could legitimately be expected to provide necessary funding.

The goals of a liberal arts education and vocational training are different enough that conducting them in separate institutions should be seriously considered. But even vocational, professional, and business schools should resist becoming top-heavy with administrative personnel, a circumstance that serves only to increase costs and divert educational institutions from their primary mission.

And thus we arrive at the solution to the decorated administrative office problem: substantially reducing the number of such offices to be decorated. 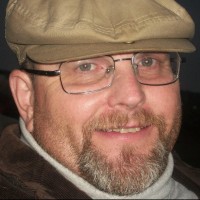 Jack Quirk
Jack Quirk is a contributing editor for The Distributist Review and publisher of the online magazine Christian Democracy. He is a lawyer living in Illinois, and has been married to his wife, Linda, since 1986. They have six children.