An Introduction to the Social Theories of the Middle Ages

We are currently in the midst of many troubles. We seem to go from crisis to crisis, and have few ways to deal with the complexity of our social systems. So is this a time to be looking backwards at the Middle Ages? Is this not an exercise in pure nostalgia, an escape from the problems of the moment? It is certainly appropriate to ask such questions on the occasion of republishing Dom Bede Jarrett’s Social Theories of the Middle Ages, but I would like to assert that this is indeed the perfect time for the republication of this important work. For our problem is that, having no grounds for comparison, we have no way to critique our society. We have only the vocabulary our age provides, that is, the sort of thinking that arises from the very system we are trying to critique. After all, as Albert Einstein noted, “you cannot solve a problem at the level of thinking that created it.”

What marks the modern age is a fracturing of human life from human thought. We have divorced science from art, commercial life from family life, the moral realm from the physical, the political realm from the economic, and so on. All such divisions can be summarized, I believe, as consequences of the division between faith and reason. In contrast, what characterizes the Middle Ages is the unity of all these sunderings. This is why the Middle Ages provides so salient a counterpoint to our current situation.

The great problem in looking at the Middle Ages, however, is that in the popular imagination this period is barely distinguishable from the Dark Ages. And even if we grant this civilizational epoch some measure of progress, we still view it as a time when faith triumphed over reason, superstition reigned over science, and religious myths suppressed artistic imagination.

The picture of the Middle Ages that emerges from Fr. Jarrett’s work is however that of an age of reason, of science, and of art. But more than this, it is an age in which all three of these were seen as interconnected, in which the fracturing tendency characteristic of the modern age was not indulged. Faith was not then something opposed to science or to reason—it was the firm foundation upon which these things stood. Now, one may agree or disagree with this view of the relationship between faith and reason, but in disagreeing it is important to first look at and consider an age that offers a completely different point of view. And if our disagreement should then still continue, we will at least have established a clear basis for comparison.

The medieval view of society was based on a wholly different view of man. According to this view, man was a creature who could reason, who could act, and who could make things. In reason such men sought the truth, in acting they sought justice, and in making things they sought usefulness and beauty. Note that although these are three distinct things, they are not really three separate things. The end of knowledge was action, the point of action was creativity, and the purpose of both was a more complete and concrete expression of the truth.

Whereas medieval science was inclusive, modern science derives its power precisely from being limited to weight and number. Although modern man will to some degree acknowledge the existence of the humane sciences, they are accorded a lesser status than the physical sciences. To have any prestige at all, these humane sciences are forced to ape the methods of the natural sciences. But to do this, the nature of man must first be distorted. The human mind must be treated as a machine, as an economic calculator; and the family and community as mere utilities aimed at getting what is wanted rather than at seeking what we really need and giving back to others what we can.

To make things clearer, we might envision medieval science as a pyramid: at its base are the sciences that deal with the pure search for truth; in its upward-tapering mid-region are the action-oriented practical sciences, and at its pinnacle art, the science of making things. Art, then, was for medieval man not something opposed to science, but something that stood at the pinnacle of human knowledge. Nor was it something subject to a narrow moralism. It is true that in the latter part of the age—as the unity of the medieval vision was breaking apart—firebrands such as Savonarola did view art as a profanation of divine things. But, as Jarrett notes,

A scholastic would have told Fra Girolamo that his own St. Thomas, whom he quoted so frequently, would have refused him the right to speak as to what was good and what was bad in art. He was a moralist, a preacher; his virtue was prudence, and prudence may not judge art. Prudence might be more truly a virtue than art in so far as it made men good simply, but art was more truly a virtue than prudence in so far as it was more scientific and had more of the intellectual splendor of an authentic habitus and “life in accordance with thought is better than life in accordance with man.”

In contrast to the medieval view, the modern tendency to reduce all science to questions of weight and measure has been particularly problematic in the humane sciences, such as economics. Whereas the scholastic age was able to make a distinction between  œconomia and pecunativa—the former having as its end the material provisioning of society, while the latter dealt with the purely private pursuit of wealth—the modern age has lost this distinction. Indeed, it has reduced all of economics to pecunativa, in the naïve belief that the private pursuit of wealth will be to the greatest common good. But certainly our current economic situation provides grounds for calling that belief into question, and for searching out another model.

By the conclusion of the 15th century, the end of the period of Fr. Jarrett’s study, the unity of the Middle Ages had begun to break apart under the hammer blows of nationalism, secularism, and conciliarism. But it is enough, for our present purposes, to know that there had been a unity, and that what held true then can be rediscovered. Not, indeed, in the same form, because the modern age does represent real advances. It is not true traditionalism, but mere antiquarianism, that attempts to do no more than reproduce the past rather than transform the present. It is precisely this task of transformation that is now forced upon us; and so it is a truly opportune moment to look to an age that achieved a certain unity—however imperfectly it may have been achieved—which we have lost. 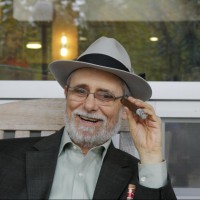 John Médaille
John Médaille is an adjunct instructor of Theology at the University of Dallas, and a businessman in Irving, Texas. He is the author of Toward a Truly Free Market: A Distributist Perspective on the Role of Government, Taxes, Health Care, Deficits, and More, The Vocation of Business: Social Justice in the Marketplace, and he is also the editor of Economic Liberty: A Profound Romanian Renaissance.

What “real advances” have been made which would alter the basic framework of the Scholastics?

I would not call them advances but further precisions with respect to basic principles of the practical sciences – a fuller understanding of economics, natural resources, and energy – primary, secondary and tertiary economies, and a better greater emphasis on the humane scale.

Ryan, I don’t see the difference. Your transformation “at a technological level” is really just a reverting in philosphical outlook regarding science, finance, and technology to that of the middle ages. I am not saying it would be a bad idea. In fact, I think it would be a good idea. It’s just you state it would somehow be different and I just don’t see how.

In your conclusion, you call for rediscovering the unity of the middle ages, but in a different form, not wanting to reproduce the past but transform the present.

What form could this unity take other than the medieval form? Specifically one which combined faith and reason, material and spiritual. What “real advances” have been made which would alter the basic framework of the Scholastics?

At a philosophical level, nothing. The primacy of justice as the starting point for economic activity is part and parcel of the medieval conception of man and society. At a technological level, it would transform science to being at the service of man, finance at the service of communities, and technology at the service of the family. The potential for peace, for stability, etc. are unparallelled.

Great article, although I disagree with the categorisation of Savonarola as someone who regarded all art as a profanation of the divine. I don’t know how anyone who lived in a house where the great work of Fra Angelico featured in every room could even come to that conclusion. Savonarola certainly disagreed with a society where art was patroned for the prestige of the wealthy and the portrayal of paganism was seen as a mark of the educated, but the very books he wrote contained woodcut images of divine things, and he inspired painters like Botticelli to paint Christian rather than pagan themes. I think such a categorisation of him is a bit unfair.

You present the medieval view of man as one of unity, in contrast to the modern view of man as fractured. (One might characterize it as compartmentalized.) These seem to be two extreme views of the nature of man.

In your conclusion, you call for rediscovering the unity of the middle ages, but in a different form, not wanting to reproduce the past but transform the present.

What form could this unity take other than the medieval form? Specifically one which combined faith and reason, material and spiritual. What “real advances” have been made which would alter the basic framework of the Scholastics?